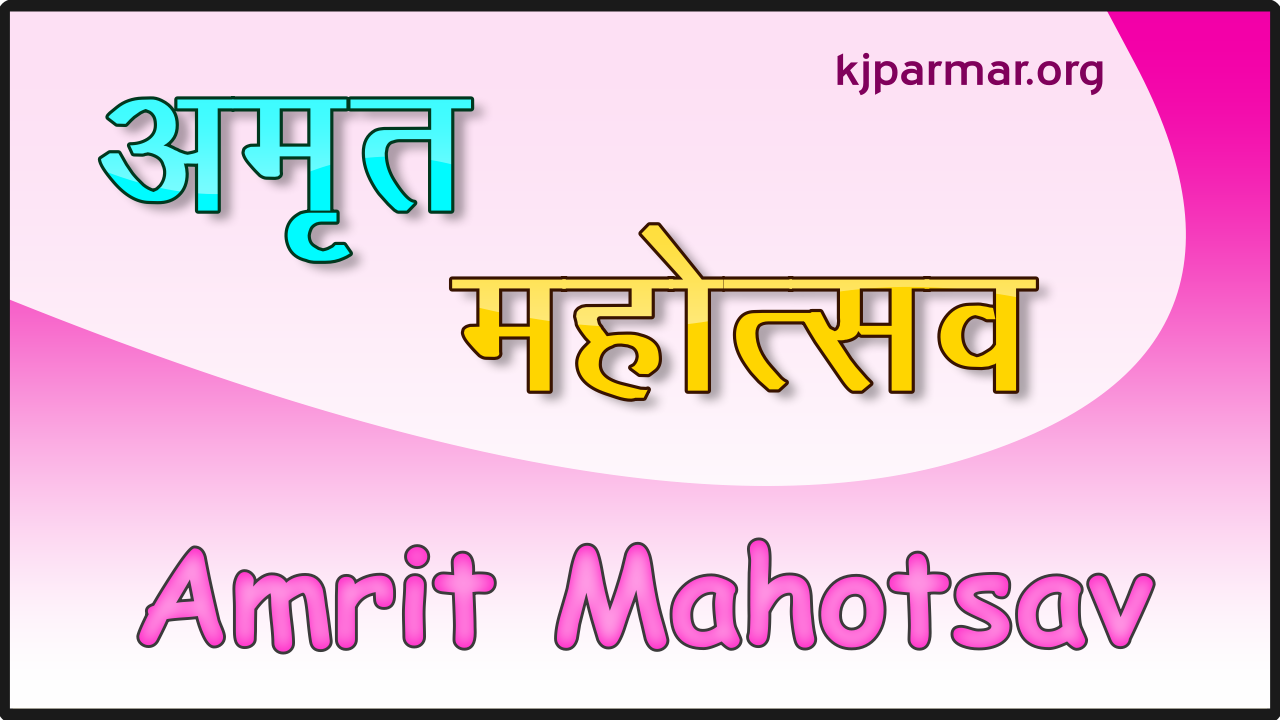 To commemorate the 75th year of India’s independence, the central government is going to start the ‘Amrit Mahotsav’ from March 12 to April 5, 2021. The idea behind taking it 75 weeks before 15 August 2022 and by Independence Day 2023 is to instill a sense of pride in the achievements of people after 1947 and the vision of India for the year 2047. The celebration of 75 years of India’s independence will begin with this ceremony.

The 75th anniversary of India’s independence will be commemorated as the ‘Azadi ka Amrit Mahotsav’. Starting from March 12, the festival will run for 75 weeks.

According to an official statement released on Monday, Uttar Pradesh Chief Minister Yogi Adityanath attended a video conference with Prime Minister Narendra Modi from his government residence. This video conference was in connection with the first meeting of the National Committee constituted under the chairmanship of the Prime Minister to commemorate the 75th anniversary of Independence in a proper manner.

Prime Minister Narendra Modi will conduct this campaign on 12 March. The Dandi March began on the same day.This festival will have a total of 75 events in 75 weeks with a pramuya program every week.

The Government of India has decided to start celebrating 75 years of Indian independence 75 weeks before 15 August 2022. The festival aims to create a vision for India 2047. Various social and cultural programs will be organized in this festival along with demonstrations of technical and scientific achievements.

A nationwide celebration of ‘Azadi Ka Amrit Mahotsav’ has been organized with the objective of celebrating 75 years of India’s independence.

What is Amrit Mahotsav?

The central government will start the “Amrit Mahotsav” next month. This festival is a kind of countdown for the 75th year of India’s independence.

Amrit Mahotsav means the festival celebrated on the 75th anniversary. The country is celebrating 75 years of independence. A related website has been launched on this occasion. Photos and videos of the events related to the festival can be uploaded on this website india75.nic.in.

Amrit Mahotsav Means How many Years

Amrit Mahotsav is a festival celebrated on the 75th anniversary.

Amrit Mahotsav is a celebration of an important event or a person’s 75th birthday.

The Home Secretary asked the states and Union Territories to provide information about the program to be held on March 12. He asked to create a deadline for major and other minor programs over the entire 75 weeks. He said that celebrations around the inspiring leaders of the freedom struggle including the birth anniversaries of Guru Tegh Bahadur, Sri Aurobindo, Subhash Chandra Bose should also be celebrated.

Apart from this, the local freedom fighters should also be remembered. It was said in the meeting that cycle rally, exhibition, digital show, yoga camp, essay competitions with children, virtual events, campaigns should be conducted through social media. Women, local industries, business organizations, Panchayati Raj institutions should also be included in this. All these programs should also be promoted through the media.

Amrit Mahotsav Logo Designs submitted will be the intellectual property of MyGov, Ministry of Electronics & Information Technology, Government of India and the winner shall not exercise any right over it. The Department will have unfettered right to modify the prize-winning entry or other entries in any form and shall use them for promotional purposes, Information, Education and Communication materials and also for any other use as may be deemed appropriate.

The logo design must be original and should not violate any provision of the Indian Copyright Act, 1957 or the Intellectual Property Rights of any third party. Anyone found infringing on others’ copyright would be disqualified from the competition. Government of India does not bear any responsibility for copyright violations or infringements of intellectual property carried out by the participants.

PM Narendra Modiji inaugurated the Amrit Mahotsav on Friday to mark the 75th anniversary of independence from Ahmedabad. This Mahotsav has started today, 75 weeks before 15 August 2022 and will run till 15 August 2023.

The Centre will launch Bharat ka Amrit Mahotsav, the countdown to India’s 75th year of independence, next month, amid the pandemic and mass vaccination.

During the ‘Bharat Ka Amrit Mahotsav’, to be launched by Prime Minister Narendra Modi, commemoration activities will be held in every state and Union Territory where India’s glorious history, culture, technological development and digital intervention will be showcased.

Amrit Mahotsav is the Celebration of Which Event

The celebration of the Amrit Mahotsav of Independence, which started on March 12, will last for 75 weeks till August 15, 2023. Azadi Ka Amrit Mahotsav is the festival of renaissance of the nation.